Destination of the Month: The renewing City of Hyvinkää and the fascinating Finnish Railway Museum 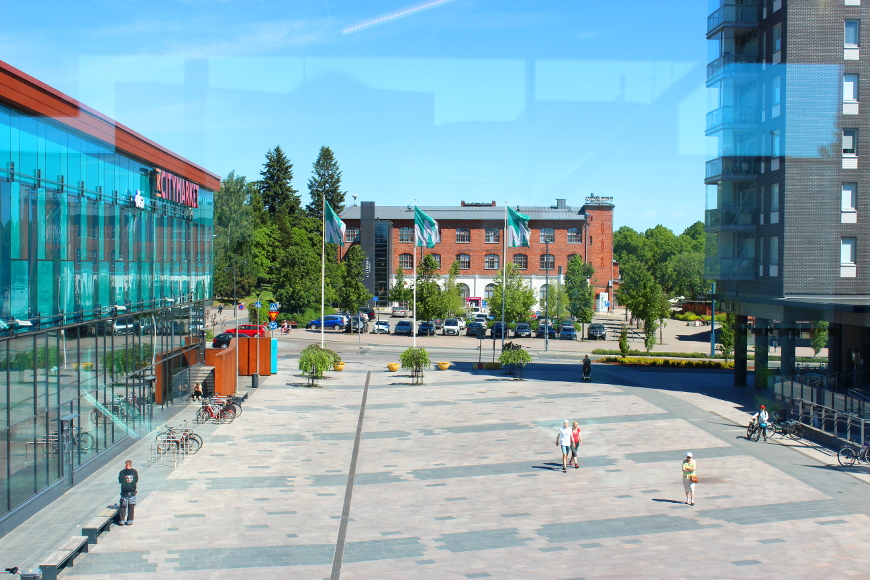 Hyvinkää is a city that has been in the process of renewing its services for the local inhabitants as well as for the tourists. It is located approx. 55 km from Helsinki city center, and it is easy to travel there either by car, by train or by bus.

We as a LikeFinland team visited multiple destinations in Hyvinkää that included museums such as The Finnish Railway Museum, a shopping center called Willa, and an entertainment center called Sveitsi, including a renovated Hotel Sveitsi. Sveitsi is also a traditional and beautiful hiking and outdoor activity area!

All in all, Hyvinkää is a city worth visiting all year round. 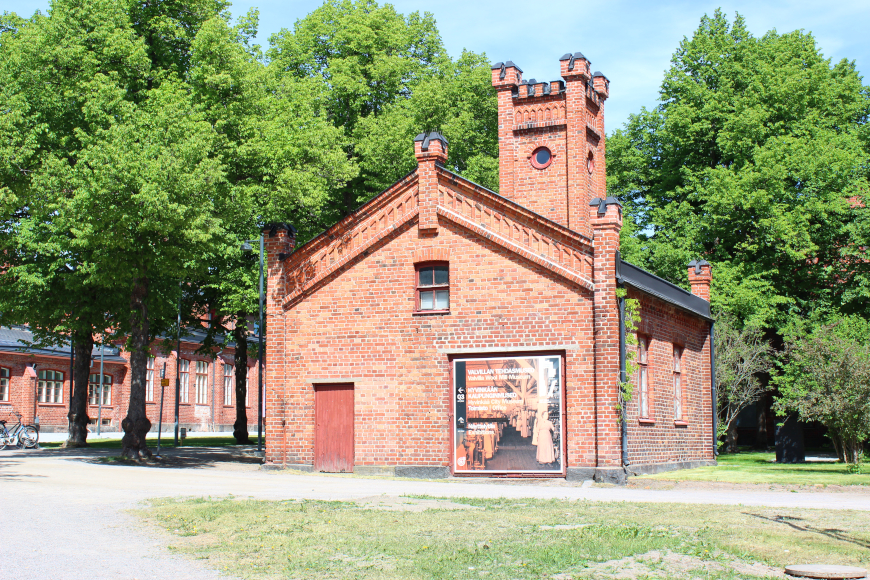 For many decades Hyvinkää was known for its wool mill that was closed down in the 1990s. In this building there is now a little museum Valvilla that is about the mill and its 100-year-old history. Photo: Johanna Hurtig/LikeFinland.com

Hyvinkää is a perfect place especially for a mini-vacation because it literally has every fun indoor and outdoor activity you could wish for as well as a spacious and remodeled hotel.

We noticed that you don’t have to go that far away from Helsinki to find the peacefulness of nature and fun things to do!

Sveitsi – a nature filled area with all kinds of all-year-round activities and services! (www) 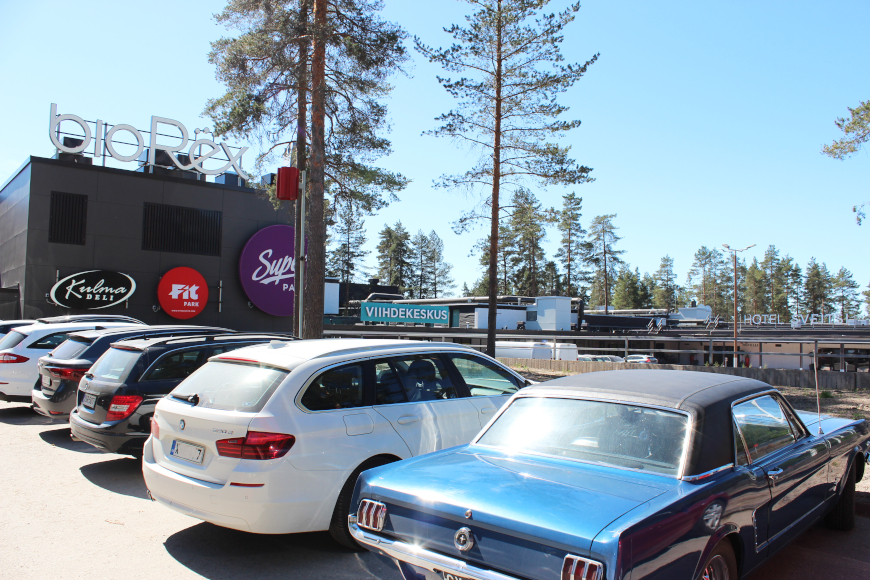 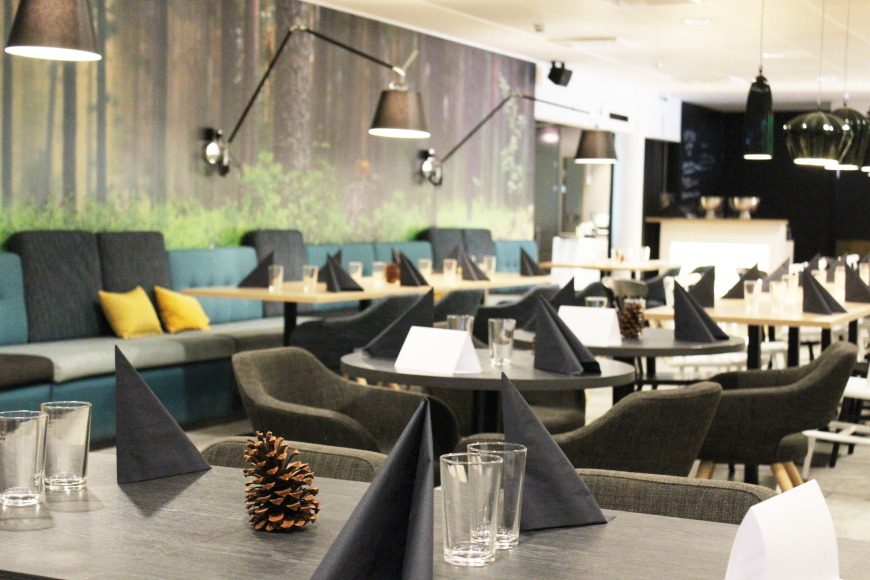 First on the list was Hotel Sveitsi. We followed the road to the middle of the forest by car and we were surprised by the massive size of the entertaiment center and the hotel next to it. The parking lot was packed with cars!

As a newly renovated Hotel Sveitsi, in the woods of Hyvinkää, the hotel opened its doors in October 2017 by a new owner and is now a popular place to hold meetings and other business occasions or the stay in as a regular tourist.

Every decorative detail is thought through! The pine cone as a decorative feature throughout the hotel is a quite cute one! 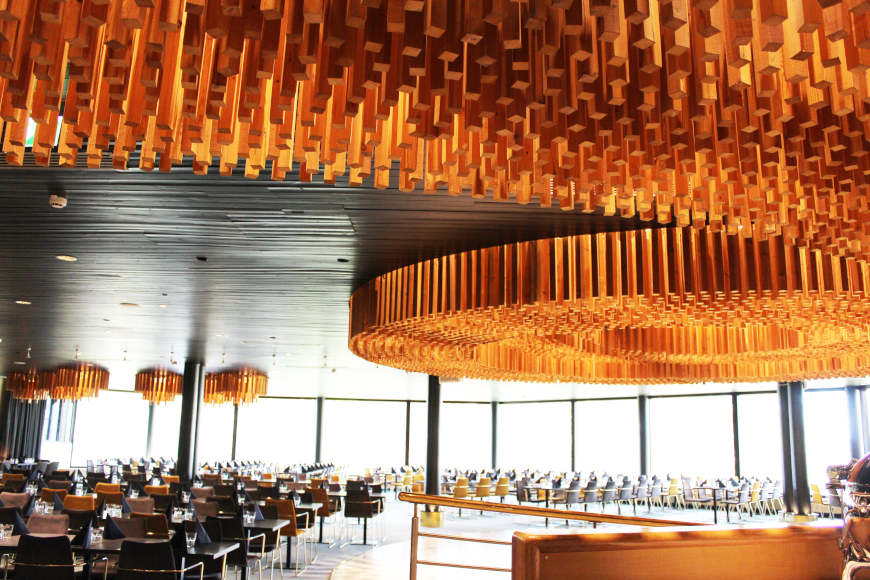 We enjoyed lunch at the restaurant TILA in hotel Sveitsi. The huge windows in the main dining room offered a beautiful view of the forest.

There are no other houses nearby and it feels like you are much farther away from Helsinki city center than only about 60 km away! The wooden blocks form a big artistic number nine on the ceiling. This art piece is an original one from the 1970s when the hotel building was built.

Hotel Manager Sari Repo walked us through the hotel. Everything is newly renovated! There were business events hold that day inside and outside in the many rooms of the hotel. Photos: Johanna Hurtig/LikeFinland.com 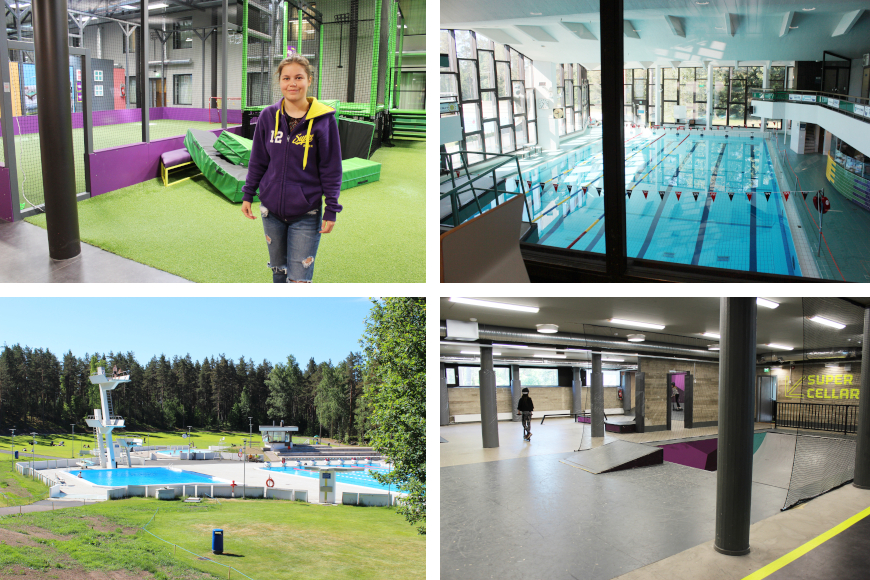 These photos include just a few of the many activities you can participate in at the entertainment center right next to Hotel Sveitsi! Maija Virtanen (in photo) is one of the instructors in SuperPark. Photos: Johanna Hurtig/LikeFinland.com

Next to Hotel Sveitsi in Hyvinkää there is located a new entertainment center which includes the movie theater BioRex, the cafe Kulma Deli, an indoor activity park called SuperPark for children, public indoor and outdoor Sveitsi Swimming Pools, and much more! Hotel Sveitsi is connected to the entertainment center by an indoor tunnel which must be nice especially during the winter.

That is not all there is to it! The surrounding forest area is also filled with many activities to choose from. 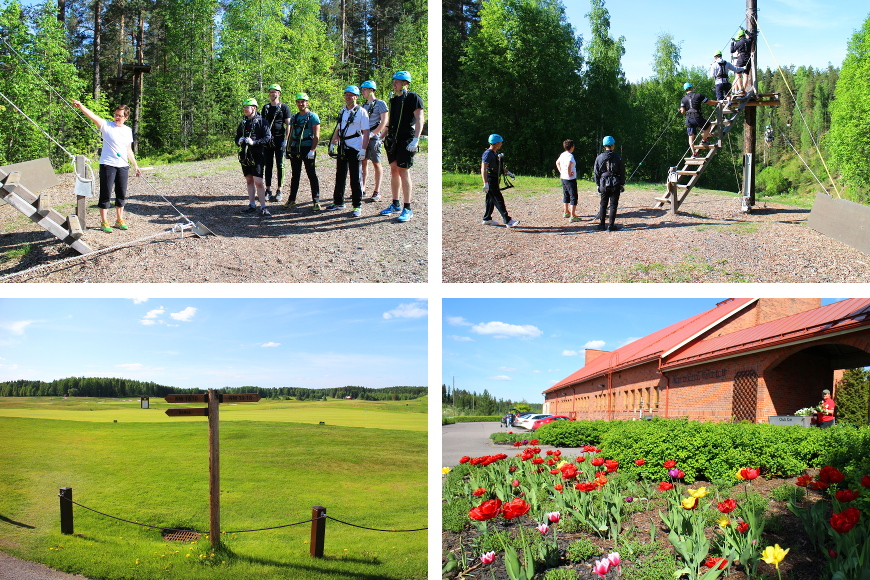 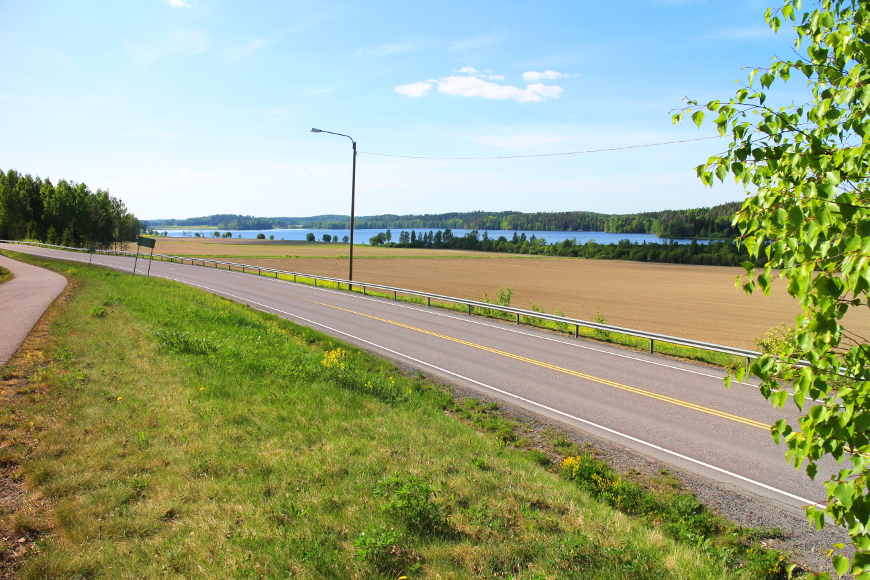 In the spring 2016 an adventure park called SeikkailuSveitsi was opened for business in the forests of Hyvinkää (www). There are also many a golf courses available (www).

The many hiking trails are marked by bright blue information boards so you cannot get lost while enjoying the Finnish nature! Take a long hike by starting at the Helsinki central park and walk all the way to Hyvinkää following the hiking trails or go for a shorter walk just by enjoying the nature in the area of Sveitsi.

In the wintertime there are lighted and maintained ski trails in the Sveitsinpuisto park area!

VisitHyvinkää’s website describes the Usmi forests as a little Lapland. When we saw the amazing view from the big windows of Hotel Sveitsi, we can totally agree on that! It really feels like you’re in Lapland. 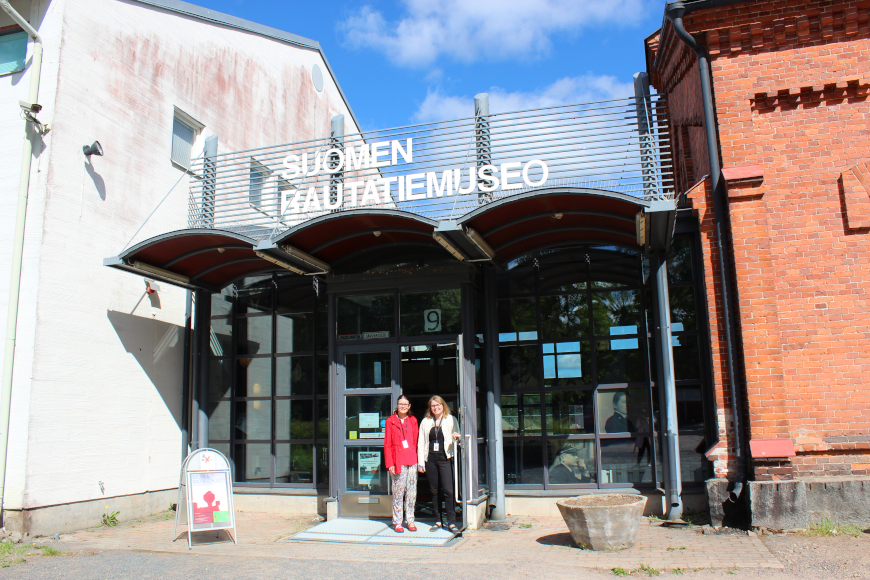 Museum director Taina Rantala (on the right) and her colleague Inka Alén welcomed us to the museum and we got to know the history of Finnish railways both inside the exhibition halls and in the historical garden area. Photo: Johanna Hurtig/LikeFinland.com

After visiting Hotel Sveitsi and the Sveitsi area we entered the Finnish Railway Museum closer to Hyvinkää city center. Most of the museum buildings are from the 1870s and some are newer.

The exhibition which we were guided through by museum educator Inka Alén was very interesting! The amount of railway related historical artifacts was remarkable because there were many kinds of railway engines and carriages from the 1860s to the late 1900s on display in the museum. 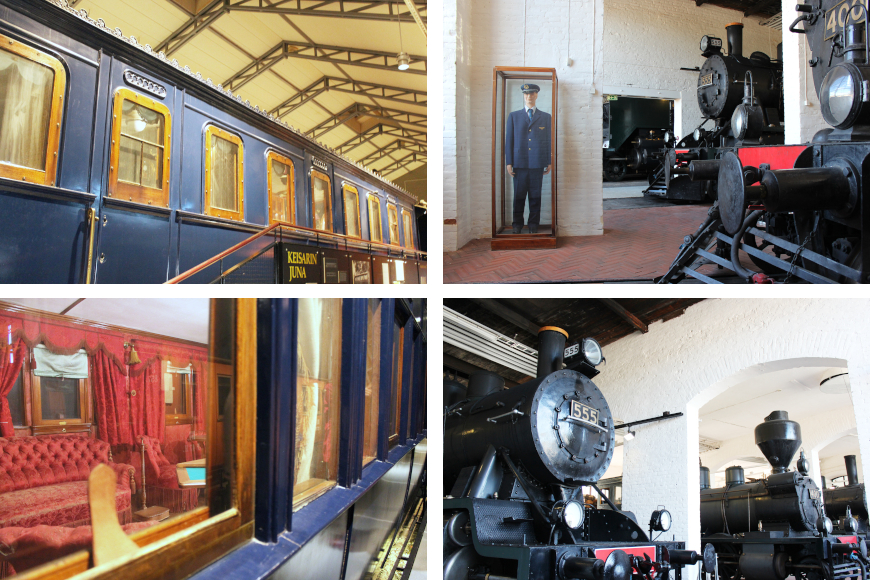 On the left the blue Russian royal carriage and on the right the exhibition hall. A few railway engines are still usable! Photos: Johanna Hurtig/LikeFinland.com

One of the most interesting historical items that we saw in the museum was the Russian royal carriages, which were used by the Emperors of Russia in the late 1800s whenever they decided to visit Finland with his family members and servants.

Inka Alén told us that these carriages were the only Russian royal ones in the whole world that survived from the time of Russian dominion in Finland! 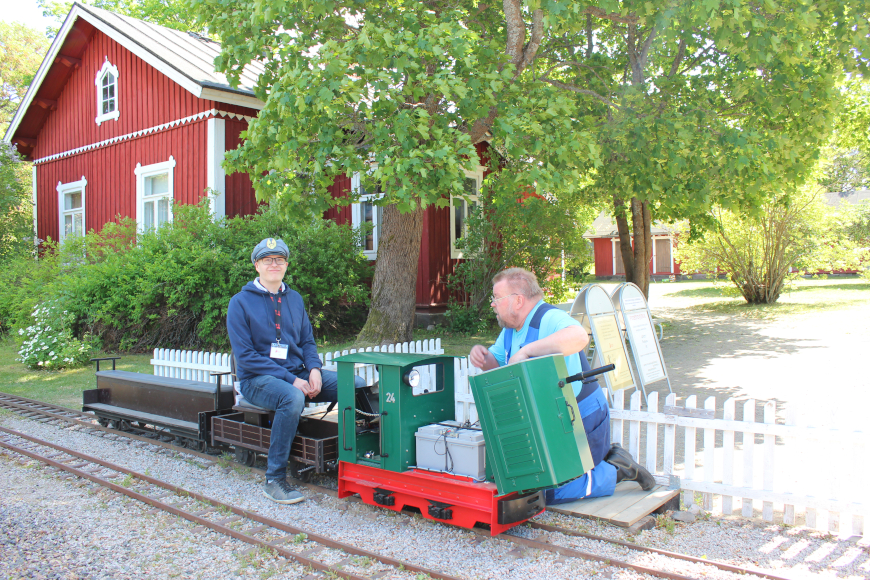 Jaakko Tuominen (on the right) and Tomi as the driver of the miniature park train. Kuva: Johanna Hurtig/LikeFinland.com 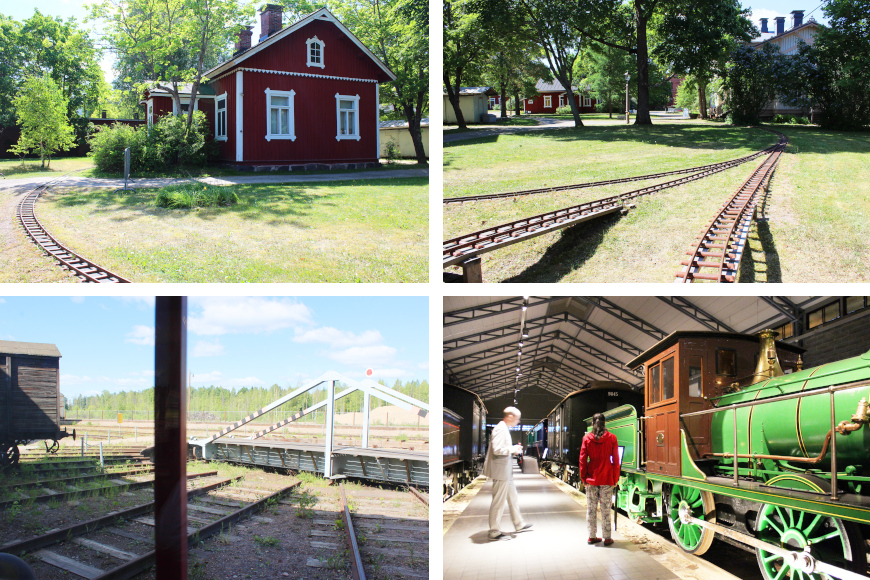 The miniature park railway goes around the garden where is also situated the old station building from the 1870s. Photos: Johanna Hurtig/LikeFinland.com

We took a fun ride on the miniature park train that goes around the garden next to the museum building! In one of the red barracks in the garden there is a little display of different kinds of smaller historical artifacts such as railway related posters, signs, and a miniature railway engine. During the summer there is also a cafe.

There is also an old station building from 1873 still standing next to the railway which is not anymore in use by the passenger trains. The railway used to take passengers from all classes of the society to Hanko which is the most southern place in Finland.

The Finnish Railway Museum is an interesting but also a fun museum for the whole family to visit because there are many things also for the kids to participate in! There is also a playroom.

Willa – One of the biggest shopping centers in Finland! (www) 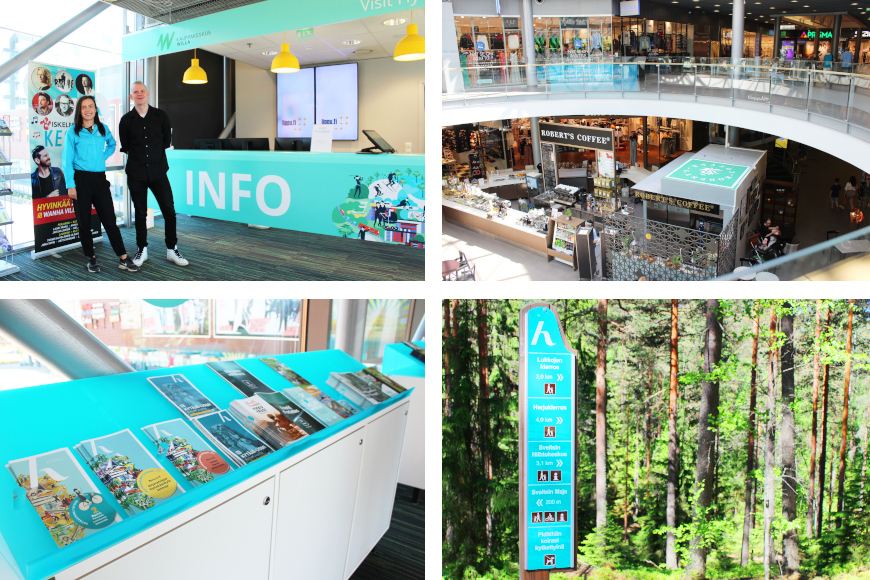 Johanna Niemelä and Tomi Kristian Ruhanen from the shopping center Willa. The bright blue color of VisitHyvinkää can also be found on the hiking trails’ information boards! Photos: Johanna Hurtig/LikeFinland.com

We also visited the shopping center Willa and the info desk of VisitHyvinkää to ask some questions!

VisitHyvinkää has listed different kinds of services including cafes, restaurants, and shops in Hyvinkää on VisitHyvinkaa.fi's website. (www)

Willa is a quite new shopping center and it was built in 2012. Because of that the architectural style is very modern and fresh. Johanna Niemelä and Tomi Kristian Ruhanen, guides at the info desk told us more about Willa. They confirmed us that Willa has all the services a regular customer can possibly need. According to Johanna and Tomi, Willa has been visited by tourists all the way from America and also from other countries such as the UK this year alone. 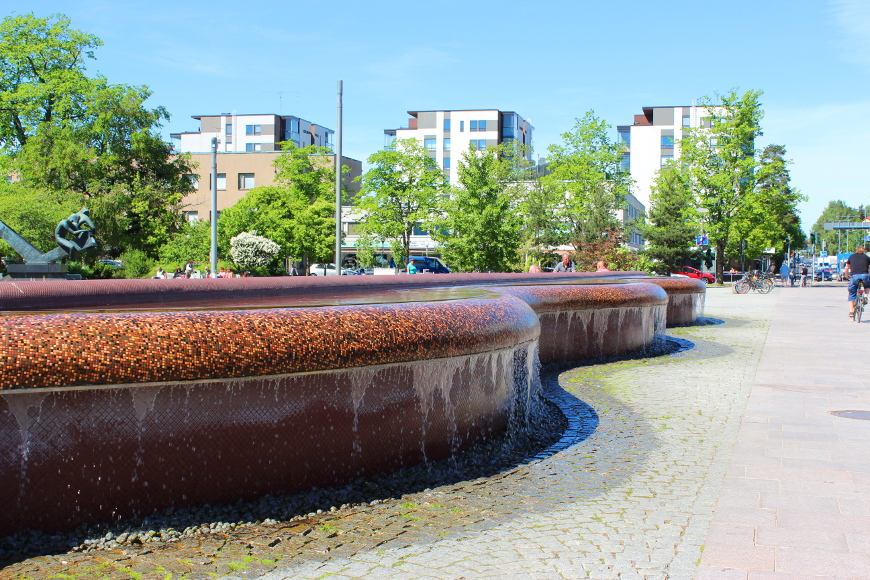 For contacting and for more information visit The Finnish Railway Museum’s website. (www) 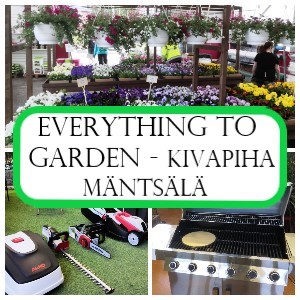 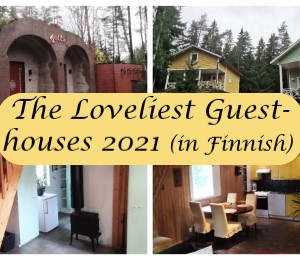